Home / News / Industry News / What are the common applications of frame fences?

What are the common applications of frame fences?

Frame fences are also called frame fences, and they hav […]

Frame fences are also called frame fences, and they have several different structures, so they are used in different places. The common places are: the location of the central isolation zone of the upper and lower lanes of the highway, and the closed protection on both sides of the highway. Fences, railway fences, road blockades, workshop warehouse isolation nets, foundation pit enclosure protection nets. 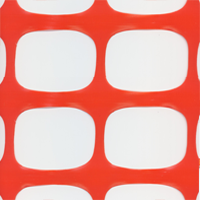 1. Expressway anti-glare net Mainly used in the central isolation belt of expressway, it has anti-glare effect itself, and also bears the role of isolation of upper and lower lanes. Its mesh surface uses anti-glare steel mesh, the frame adopts triangular shaped frame, and the outer surface is coated with a green protective layer, which has a visual protection effect, exquisite design, and the cost is lower than its raw material steel plate, so it is deeply favored by users They love it.
2. Highway isolation nets are often used on both sides of highway roads. The common specifications are 3 * 1.8 meters, the top has 30 cm bends and one side, the mesh opening is 7.5 * 15 cm, and the diameter of the steel wire after molding is 4 mm. It is a very common type in the net, and the frame fence net usually talks about this kind.
3. There are two types of railway fences: 8001 railway fences and 8002 railway fences. Among them, railway fences 8001 are also called railway protection fences 2012-8001, and the top iron wire exceeds the border by 30 cm and bends to one side; Railway fence 8002 is also known as railway protection fence line 2012-8002. The top iron wire exceeds the frame by 30 cm without bending. These two types are different from highway isolation nets. They use heavier borders and mesh steel wires. The cost is higher, and the price is naturally much higher, usually 1-2 times higher.
4. Workshop and warehouse isolation network It is mainly used for the isolation of workshops, warehouses, factories, sides of bridges, etc. The function is to divide the area and facilitate the rational use of ground and space. Different from the previous ones, the top of it is usually not protruding from the steel wire, and the mesh is not the same, sometimes large and small, sometimes rectangular hole and sometimes square hole. When necessary, it is often stacked on top of each other to increase the height.
5. The foundation pit fence net can be known to be used mainly for the protection of foundation pits. The height is generally less than 1.2 meters. The bottom or middle is usually marked with warnings such as "safe production" and "attention to safety" .
The above five are the common frame fences in our lives. Choose different products for different purposes so that you can make the best use of them.

PREV: What are the effects of the installation and application of highway fences?      NEXT: What is the protective effect of the positive and negative barbed wire protection fence?